Three Falls to Fall in Love with This Fall

If you’re planning an autumn colors getaway, here are three fantastic falls that will put the icing on the cake of the fall color pictures you’ll want to post on your social media accounts.

America’s West is full of great heights – and great falls. From the Grand Canyon, to Yosemite, to the very shores of the Pacific in California, dramatic waterfalls have taken visitors’ breath away since humans first set eyes on these wonders.
But unlike many western falls that dry up in late summer, Oregon’s Multnomah Falls work their magic year round, fed not just by melting snow and rain runoff, but also underground springs in the cliffs that line the Columbia River Gorge.
WATCH BESTTRIP TV’S VIDEO ABOVE ABOUT THE MAGIC OF MULTNOMAH FALLS
Said to be the most visited attraction in the state, at 620 feet, this two-tiered falls is also the tallest of the nearly 80 falls on the Oregon side of the spectacular Columbia River Gorge.
The falls are tucked into a hollow in the cliffs, and mist and spray off the cascades create its own, lush microclimate that feeds fairytale moss on the basalt rocks, and lacy, leaved trees all around. It’s an incredibly romantic vision that you can feel a part of by walking up a trail to the bridge that spans the lower cascade.
The romance of the site is rounded out by a lodge at the base of the falls built from local rock in National Park lodge style that dates back to 1925. In addition to the usual lodge amenities, you’ll find hiking trail information. You can hike to the very top of the falls as well as on many surrounding trails, including to other falls along the Columbia River Gorge.
How to experience the falls:

The granddaddy of waterfalls in North America, Niagara Falls are remarkable in so many ways.
The biggest falls are the perfectly-named ‘Horseshoe Falls’ on the Canadian side, where a nightly, year-round light show illuminates the Falls for awed visitors. Every few years, the Falls freeze in the winter, creating a fantasy of icy shapes and lacy frozen mist.
No matter which side you’re on, Niagara Falls, USA or Niagara Falls, Canada – the view is incredible. 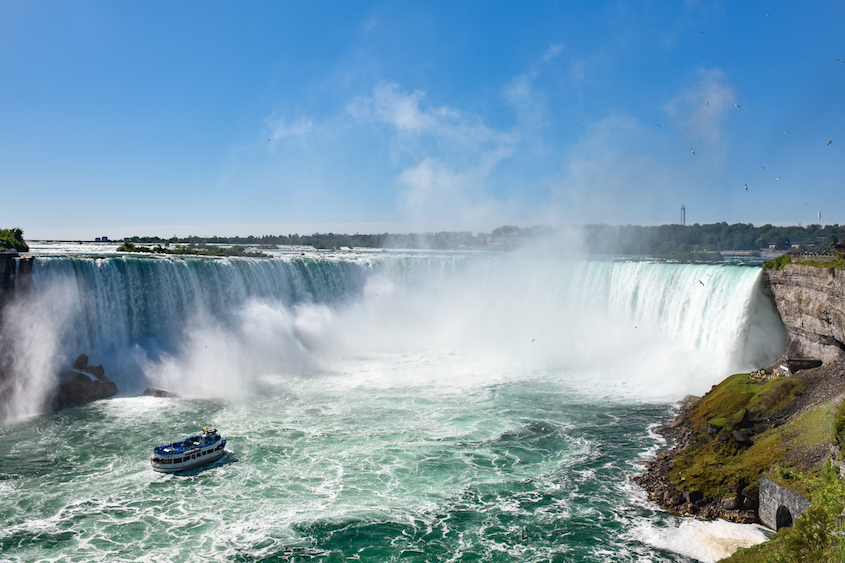 How to experience the falls:

9 of the 10 tallest waterfalls in Canada are in the West / Northwest; 8 of them are in the Rockies (one on the Alberta side and 7 on the British Columbia side). Another is in the Northwest Territories.
But only one waterfall east of Alberta makes that list. And it’s not Niagara Falls.
Quebec’s Montmorency Falls are actually a hundred feet higher than Niagara’s famous falls, dropping 272 feet from the Montmorency River over a cliff into the Saint Lawrence River.
Year-round, visitors can climb a staircase or take a funicular to the top, where a suspension bridge spans the cascades. 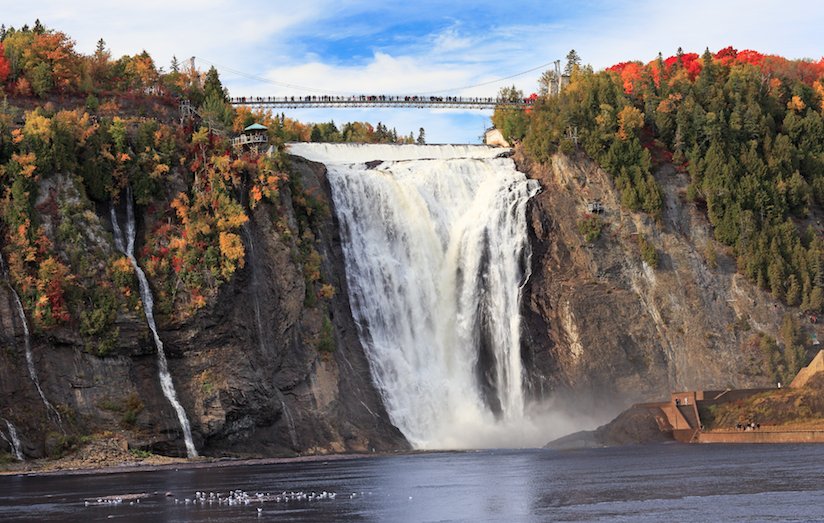 How to experience the falls:

Copyright BestTrip.TV/Influence Entertainment Group Inc or Rights Holder. All rights reserved. You are welcome to share this material from this page, but it may not be published, broadcast, rewritten or redistributed

The "Must Have" Destination Wedding Planner

Ever Wondered What it's Like to have a Butler Suite on a Crystal Cruise?

We’re all dreaming of the day we can return to cruise travel. So why not dream big? Vacations are all about... learn more

Do You Miss Cruising? This Recipe Will Let You Re-Create an Iconic Cruise Experience at Home

There may be no dish that evokes cruising more than Baked Alaska.A miracle dessert of warm, caramelized meringue on t... learn more

We’ve already reported some of the hotels and hotel chains offering complimentary hotel stays to essential workers in... learn more

Revealed for the 1st Time: This Hotel’s Famous Cookie Recipe

Challenging times call for fresh-baked cookies. For your COVID-19 #StaySafeStayHome pleasure, a cookie recipe for all... learn more

NEVER STRUGGLE PLANNING A FAMILY VACATION AGAIN! A new line of 12 trips is for adventure-loving families in sear... learn more

Your Next Adventure Could be Close to Home; Save 15% on North American GAdventures

Travel may be shutdown, but your spirit of adventure remains. GAdventures knows you can’t wait to explore, and a... learn more

Even excellence needs a few changes over time.This is especially true in travel, and Butterfield & Robinson is co... learn more

Plan Your Best Trip Ever!